Inauguration and induction of RotaKids 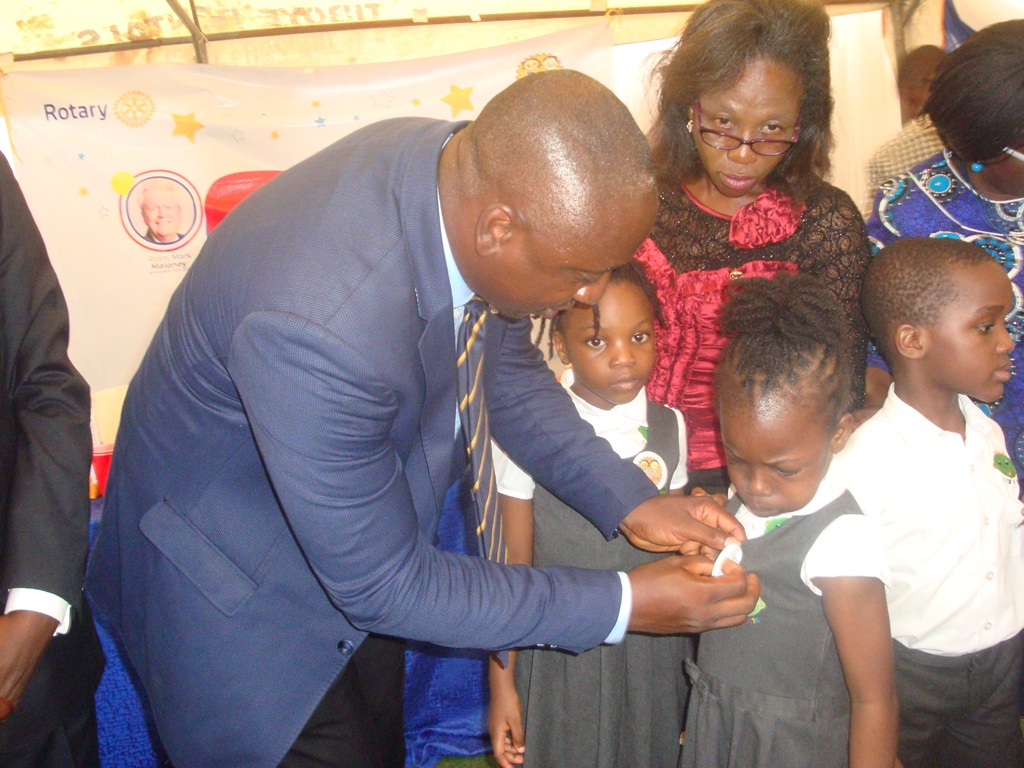 We Inaugurate and inducted the first Rotakids in Rotary D9110. The Rotakids of Tots and cots of Gbagada president and members of her board were all inducted on this day.

This was well captured on both electronic and print media. The purpose of this is to build good citizenship, leaders and expose these little children to the ideals of Rotary and also try catch them young. The event was a success as gifts, certificates, collared and gavel was handed over to the newly formed Rotakids.