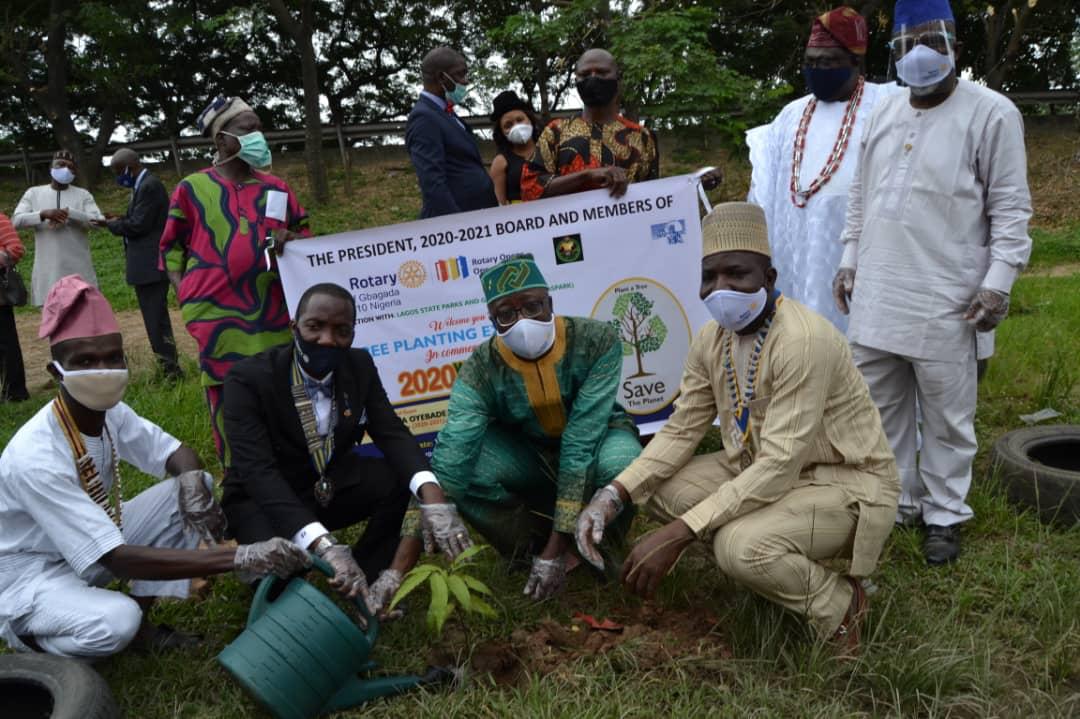 The official visit of DG Bola Oyebade on Wednesday 15th July 2020 commenced with a live interview on EKO FM at 9.30am, where the DG and President, Rotary Club of Gbagada enumerated their plans and activities for the new Rotary year.

The train moved to Gbagada axis where three service projects were carried out.

First on the list was the planting of 100 trees to support the environment as the 7th area of focus.

The second was the laying of foundation for a Rotary Monument and the third was donation of 1,000 Facemasks and 500 hand sanitizers to the people of Soluyi community, through their traditional leader and Community Development Associations.

The train paused for lunch briefly, before proceeding to Lagos Television for another live interview session with the DG and President of RC Gbagada.

The high point of the meeting was payment of the full District dues and contribution of the sum of Eight hundred thousand naira to District Education Welfare Endowment Fund (DEWEF) by the President, Rotn. Isola Ogunsola, on behalf of the Club.

The day’s activities ended at 9.00pm.

Search posts
About Me

Lorem ipsum is simply dummy text of the printing and industry lorem ipsum has been standard.